Medlar Tree. Why Is It Used To Make Basque Walking Sticks.

Dense and hard, but flexible. The perfect wood for baSque walking sticks.

Mespilus germanica commonly called medlar tree or european medlar, is a fruit tree that produces a fruit called medlar. Although its Latin name references Germania, it originates in Asia Minor and Southeast Europe, and it was brought to Germany by the Romans.

The medlar tree was cultivated approximately three thousand years ago in the Caspian Sea region. At about 700 B.C. it arrived in Greece, and then reached Rome around 200 B.C. It became an important fruit crop during the Roman Empire and the Middle Age, mainly due to its medicinal properties relating to intestinal health.

The wood of the medlar tree grows very slowly, which makes it dense and hard, but flexible at the same time. This makes it very special, because most hard woods generally are not flexible and do break. As a result, it is a very appropriate type of wood for making walking sticks. This is the reason why at ALBERDI we use medlar wood for crafting our makilas. 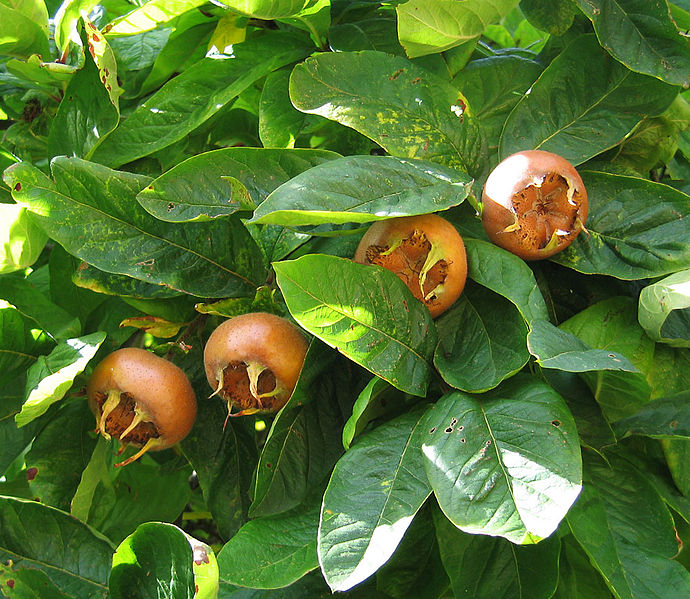 How to mark medlar wood for Makilas walking sticks

In this video you can appreciate how the artisan carves markings into the most suitable branches of the tree during the spring. Over time, the tree branches form scars as the cuts heal. Months later, in the winter, the artisan will collect the marked branches.

Once branches are in the workshop, they are heated in an oven and stripped of their bark. The drying process of the wood takes normally around 6-10 years. During this period, the branches are straightened several times before they become Makilas.

The use of marked medlar wood is the primary characteristic of the traditional Basque walking stick or Makila. It is not found in walking sticks of any other culture. The marking is done every year, but the results vary due to our dependence on Mother Nature.

MAKILA, THE SYMBOL OF BASQUE PEOPLE.

Choose your personalized makila and receive it within 40/60 days.

Translated in English by USAC students: